Protecting the Gains of the Resurrection 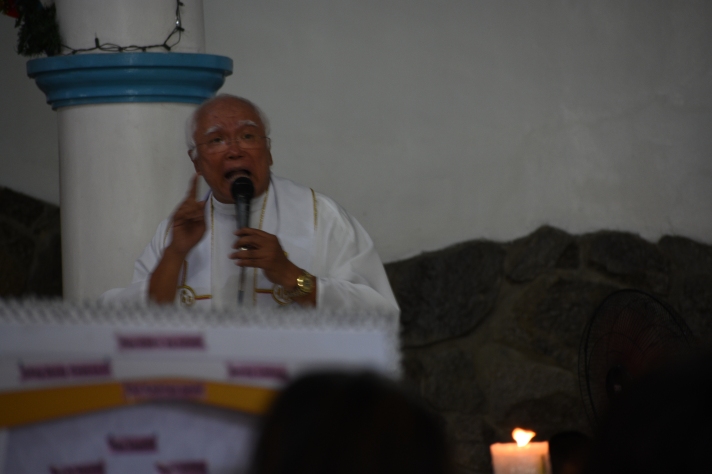 Father Benjamin E. Alforque is convener of the church-based Filipino group Rise Up for Life and for Rights. Alforque was interviewed via email in February.

Eric Stoner: Was there a tipping point that set Rise Up in motion?

Benjamin Alforque: The tipping point was when the killing of the poor started to include poor farmers and peasants who were leaders of the justice and peace groups and organizations, but who were [falsely] charged with being drug users or pushers.

Are people’s opinions of the drug war and extrajudicial killings changing? Many people thought it was okay to kill drug addicts and pushers. People felt safe that they could leave their homes at night to do their jobs without fear that a drug addict would barge into their huts and small homes, rape women, and kill families just to get money for drugs. They favored immediate execution because, after all, we have no rehabilitation facilities, the jails and prisons are full, and government has no money to spend for their incarceration and rehabilitation. But now, with the extent of the killing of the poor, many are fearful. They fear that they could be the next victim, because the police have a quota of drug-related deaths, and they could be the next one to fill the quota.

Do you see the Catholic Church taking a more active position? On Feb. 18, the church mobilized some 10,000 people to Walk for Life. Bishops have come into the open, telling the president that death is not the answer to the proliferation of drugs and addiction. This show of force by the Catholic Church against extrajudicial killings related to drugs [is also against] the move in Congress, with executive approval, to revive the death penalty.

The church could do more. It can open its facilities and resources for the positive care of drug addicts. In its pastoral program, dioceses, parishes, and church-based institutions could strengthen catechetical approaches and family life ministries to address the real social roots of addiction and other related maladies.

But more important, the church should walk with the poor in their struggle for substantial radical social transformation. She must fully give witness to the Vatican II documents, especially becoming more fully the church of the poor through basic ecclesial communities as agents of transformation. She must strengthen her pastoral program with the poor and not make her identity revolve around the sacraments and the liturgy that are emptied of their original social content for liberation-salvation. If the church lives more fully with the poor, then she can protect the poor while at the same time being a target with them. That is her cross and her martyrdom. There also lies her genuine participation in the resurrection of Jesus.

Where do you find hope? In my sermons I say, “You must rise up together and assert and protect the gains of the resurrection of Jesus, the gains that he has in store for all of us who believe in him!” The mass movement of the poor is where I find hope. They incarnate the passion-death-resurrection of Jesus. They relive the pristine experience of early Christianity in various ways for the event of God’s reign.